If you want to watch Blu-ray movies on any portable devices, you can choose to rip them to common video formats such as MP4, MKV, MP3…, etc. However, if you need to keep the audio tracks to be selectable in the Blu-ray movie you rip, what format should you choose? The answer is MKV, which used for HD/UHD video mostly and has a great compatibility. Here, I would like to recommend you to rip Blu-ray to MKV with VideoSolo Blu-ray Ripper.

To convert Blu-ray with high quality, a proper and professional Blu-ray ripper is of great importance. Through all the Blu-ray rippers on the market, I would like to recommend VideoSolo BD-DVD Ripper to you.


As a newly launched ripper, VideoSolo Blu-ray Ripper gained a lot of recognition. That is owing to its useful and powerful functions on converting Blu-ray to MKV, MP3, MP4 or any other formats. Moreover, with the help of VideoSolo Blu-ray Ripper, you can rip the Blu-ray in super-fast speed because of the wonderful software performance, especially the support for hardware acceleration. For backup Blu-ray to MKV, you must pursue high video and audio quality. This Blu-ray ripper can keep original quality as much as possible after conversion; you are free to heighten the resolution and bitrate in settings to get an extreme Blu-ray backup.


Like other products of VideoSolo, this program has trial versions for both Window and Mac system.

Click the drop-down list of "Load Blu-ray" to load and import the Blu-ray file. Before this, make sure you have a Blu-ray external Blu-ray drive and your computer is capable of reading it.

Click the button of "Rip All to" to choose an MKV format. The fastest way is to input "MKV" in the "Search Profile" and in general, "Lossless MKV Format" will be a great choice for ripping Blu-ray. 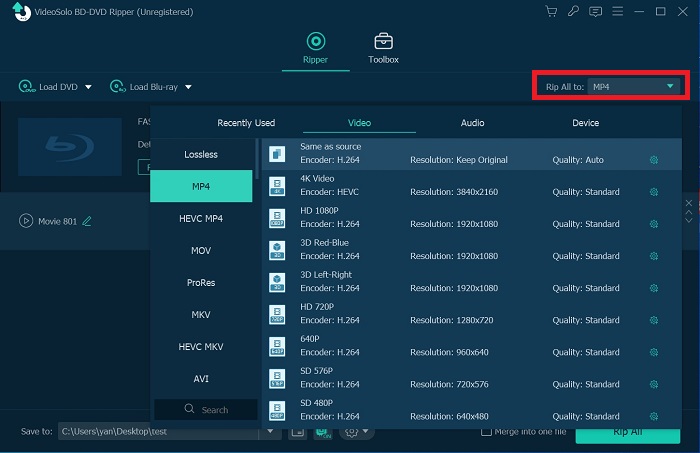 Notwithstanding this program has made preset profiles for you, you can still custom many options such as resolution and bitrate. Just click "Settings" icon next to the "Profile". 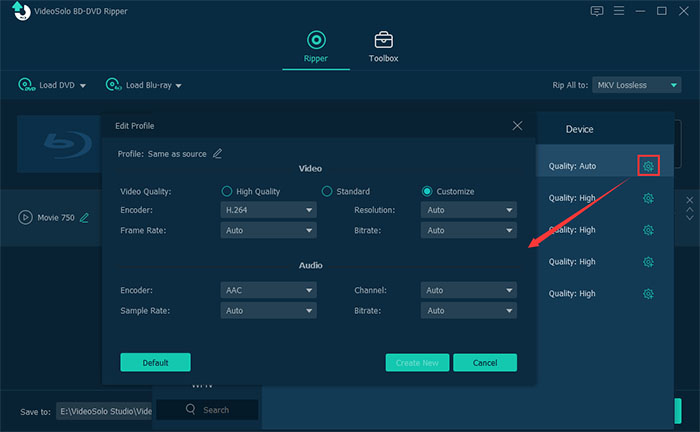 If you want to customize your video to make it unique and special, you can click the icon of "Edit" to do some edition. You are available to the crop, rotate, add watermark to the video or adjust other effects like brightness, contrast, saturation and hue of the video via clicking "Effect".

Click the icon of "Rip All" to start the conversion of Blu-ray to MKV lossless. You can see the converting progress and time needed on the right of the main interface.

So far, here's the step-by-step tutorial guide of using VideoSolo BD-DVD Ripper to convert Blu-ray to MKV. Isn't that easy? With reading this article, you may find that the question of "how to rip Blu-ray to MKV" will no longer bother you, and this is the best way for you to enjoy glorious HD on mobile phones or any other portable devices. Hope my recommendation is helpful to you, try yourself and enjoy your movies!

How to Play Blu-ray on Windows 10