DVD5 VS DVD9 – What are the Differences between DVD5 and DVD9

CONTENTS
1. How to Easily Distinguish between DVD5 and DVD9 2. DVD5 vs DVD9 – Comparison for DVD5 and DVD9 3. Freely Shrink DVD9 to DVD5 with Open Source Tool

How to Easily Distinguish between DVD5 and DVD9

What are DVD5 and DVD9? How to tell if a DVD Disc is DVD5 or DVD9? This was asked many times in some forums such as VideoHelp. Before the start, we will need to know the simple concept elaboration for DVD5 and DVD9.


DVD5 and DVD9 are concepts in terms of DVD storage capacity. In general, there are many kinds of DVD discs, like DVD5, DVD9, DVD10, and DVD18, while the DVD5 and DVD9 are the two most popular DVD types used by DVD users.


Before I buying a DVD, how to know if it is a DVD5 disc or DVD9 disc? Usually, there are few ways to check it. First the obvious, check the DVD case and the back cover that the DVD came in, if it displays 'dual layer' or 'double layer' logo, then this is usually a DVD9 disc. Next is to tell when using a program. When you open the DVD with some tools such as DVD Shrink, you are able to check the size. If more than 4.37GB, then it is probably a DVD9.


Judging from the appearance alone, it is difficult to distinguish DVD5 and DVD9 if there is no display on the DVD disc cover. 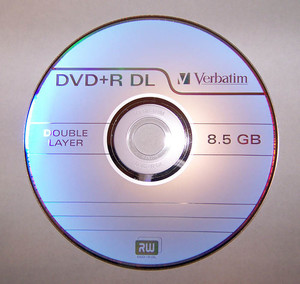 DVD9 and DVD5 have many differences in the following aspects, check the table below.

When I learned what is DVD5 and DVD9, I found that many people have the needs for compress DVD9 to DVD5. So in here, we simply mention how to shrink DVD9 to DVD5 with some open source tools, that means you can compress DVD9 disc to a blank DVD5 disc freely.


Here is the solution:

Use DVD Shrink to reduce everything to fit a DVD5, then burn the file to a DVD5 disc with ImgBurn. When shrinking an 8.5 DVD gigabyte down to a 4.7 gigabyte DVD, there are three ways to compress your DVD movie.

One is to reduce the DVD video quality, you can drag the slider to the left until the red column disappear. Second is to only choose the main movie and do not check unwanted audio tracks and languages. And number three is the combination of one and two. 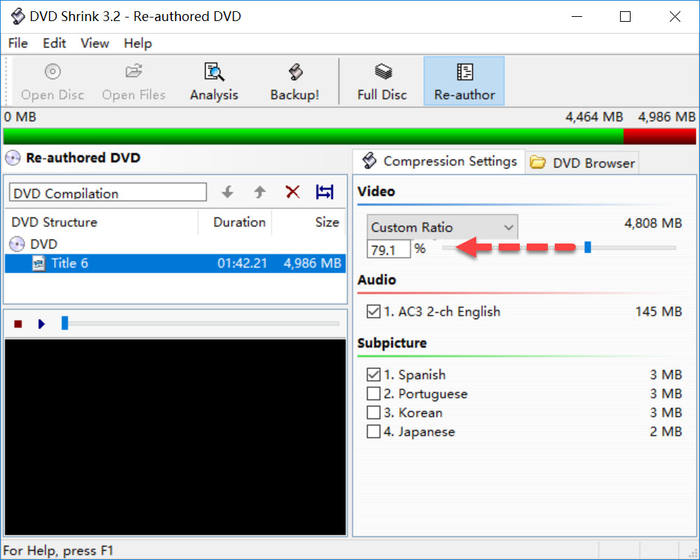 Now we are well aware of the storage of DVD5 and DVD9. Compared with DVD9, the biggest advantage for DVD5 is much cheaper and can be reused. Therefore, many people intend to shrink DVD9 to DVD5. However, it cannot be neglected while converting DVD9 to DVD5 or copying dual layer DVD to single layer DVD that will usually result in a degradation of video quality. Inevitably, the audio quality will be decreased as well.


On the above of this article, we explain what is DVD5, DVD9 means, how to simply distinguish DVD5 and DVD9, also talk about some differences between them. We hope this article will help you know more things about DVD5 vs DVD9. Thanks for reading!