Need A MKV Player? Check this List for Best MKV Player for Windows 10

The past decades have seen a growing trend in the application of MKV videos. MKV format shows formidable vitality in the wake of its powerful inclusive capacity over multiple differently-coded video, audio, image, track and etc. The downside of this specialty lies that only media players attached related codec are able to arrive at it, which in a way becomes the last hurdle in its further promotion. As regards, a MKV player emerges as a natural response. There are quite a lot of MKV players for Windows 10 accessible. Let's come to have a closer look.

You may shout suspicions loudly at the first sight of Windows Media Player since you've tried but failed before. Actually this pitfall has become history as the newest version for Windows 10 going for MKV playback. In the course of system updating, Windows Media Player has been amended by Microsoft with MKV codec and hence elevated into an additive MKV player. That is, you don't need a third-party pack anymore. Instead, just play MKV files with Windows Media Player on your Windows 10.

There is no denying that VLC Media Player deserves the fair repute of one of the best MKV video players. It performs fully compatibility and smooth movement with Windows 10. Meanwhile, this software has embraced a wide range of media formats with MKV included, in which not a single codec is in need. Furthermore, you are capable of streaming MKV videos off the Internet based on its perfect integration with web channel streaming services.

KMPlayer is undoubtedly a robust rival amid in a group of MKV players thanks to its built-in codec. As a versatile media player, KMPlayer not only presents the MKV videos at a surprisingly quick speed but also resorts to divide each new track with changing color. Moreover, KMP holds acceptable attitudes to visualization, plug-in installation and diverse playback options in an effort to enhance your MKV watching experience. You can search this MKV player for Windows 10 version from Google Play, or directly go to its official website.

DIVX Player is also a nice MKV player worthy of a try on Windows 10. With MKV in the list of supported formats, this software offers free service for a smooth MKV playback. Better still, multiple subtitles and audio tracks are allowed for adaption and changes to well advance audience's afterward impression. A great highlight is that you can receive a remarkable MKV watching atmosphere when casting MKV videos to television, mobile device, game console and so forth. 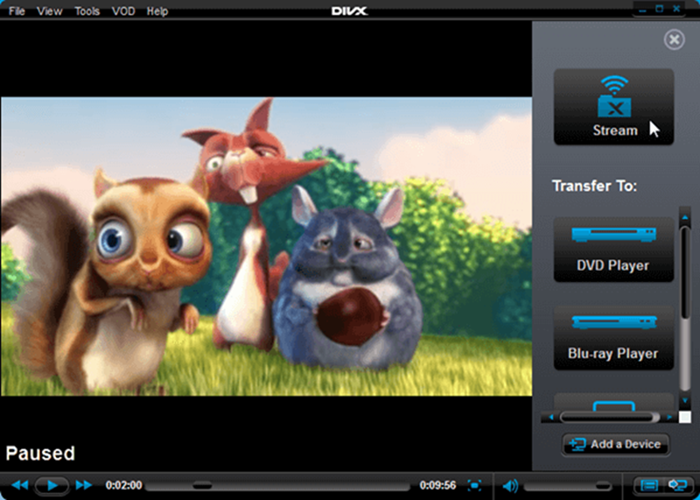 UView also welcomes your since participation to play MKV videos on Windows 10. This MKV player plays out in two main features. Firstly, it prepares an optimized window to run multi-task at the same time, achieved in a manner of resizing and moving the video screen to fit your preferences. Otherwise, the software supports streaming videos from websites like YouTube and Netflix by simply copying the video URL to clipboard. It seems that UView behaves more than an MKV player on your Windows 10 with some extra functions.

Windows 10 users are available to get this free MKV player, SMPlayer. SMPlayer works on nearly all audio and video formats including MKV for its helpful internal codec. It is completed with a great many fascinating features such as subtitles download, video and audio filters, speed alteration, video equalizer and etc. What's more, SMPlayer agrees to directly search for YouTube videos if installing a relevant plug-in. If you get bored in the same player interface, there are different skins and icon themes for you to choose and fee fresh every day.

If you don't want to leave the frequently used media player in short of MKV codec for a new MKV player, VideoSolo Video Converter Ultimate is exactly the right choice. This software performs exquisite work on Windows 10. You can directly use it as MKV player. Or you can try another way by converting MKV to other common video formats like MP4. As a result, you can play the converted MKV videos on any media player as you like. If you have interest in the latter way, you can see the following general steps.

The whole process is pretty easy to handle and won't take too much time and effort.

After conversion, now you can play the converted MKV videos on Windows 10 without any restrictions. 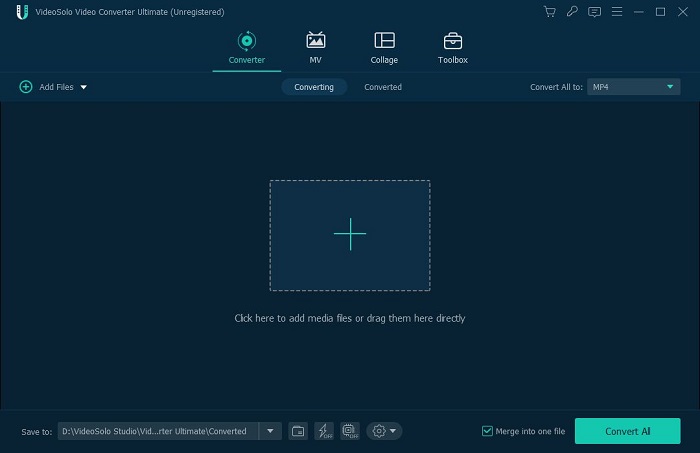 Now the talk for an MKV player on Windows 10 is coming to a close. There are numerous MKV players coming up every day, each with unique upsides and disappointed downsides. Anyhow, just choose one to your delight and effortlessly play MKV videos on your Windows 10. It's grateful that you can benefit from the talk.