AVCHD Video Format: What's the Difference Between MTS and M2TS

As a veteran AVCHD camcorder lover, if you once used it to record video, then these two video file extensions, MTS and M2TS should be very familiar to you. Yet you may still wonder: Do these two have something in common? Are they some decided differences between the two file extensions? Which format is better, MTS or M2TS?


As we all know, AVCHD camcorders and some other video cameras use MTS and M2TS as the video container formats, which mainly support 480i, 720p, 1080i, 1080p HD Videos. However, what's more, notable is that there is a big difference between two of them. Then what's the point of the appreciable distinction between MTS and M2TS? The comparison of them in precise and formal detail is that I want to tell below.

CONTENTS
1. What's MTS File: All About MTS File 2. What is the Concept of M2TS File 3. MTS VS M2TS: Differences Between MTS and M2TS

With the invention of HD video capability, shooting their favorite videos by using the HD camera has really captured people's attractions, so the HD camcorders supporting the 720p and 1080p or 1080i caught on quickly. The expansion of market gradually caused the production of many HD video formats to cater for the need of the customers. MTS file joined the rank of the new HD video formats.

As one file extension for AVCHD, MTS could support 1080i and 720p videos. MTS is one video container that consists of audio, video, and data. Developed by Samsung and Panasonic, MTS is one popular video format to be used for their camcorders when recording videos.

As one basic video format from AVCHD compatible camcorders, MTS helps you to capture high definition videos to transform or share them on your desktop. It's important to note that many renowned camcorders developers even choose to offer the additional program when you buy their products. The program is very meaningful for you to open and edit the MTS file at the same time, which helps to customize your videos immediately.


Moreover, the recording resolution of up to 1920x1080 HD video could cause the large size of MTS format, then it's very necessary for you to have one large storage space.

Many people set MTS file as the default format for their HD Camcorders, owing to its high quality recording video. If you want to make your video file smaller in size by converting to some other popular video formats, then one kind video conversion tool is highly important and necessary for you.


Today many camcorders whatever professional or home use apply MTS File as its video file format. And many kinds of programs in the market could help to open and edit MTS File easily like the Roxio Creator NXT Pro 2, VLC Player, Windows Media Player, Cyberlink Power DVD, Corel Video Studio and many more. 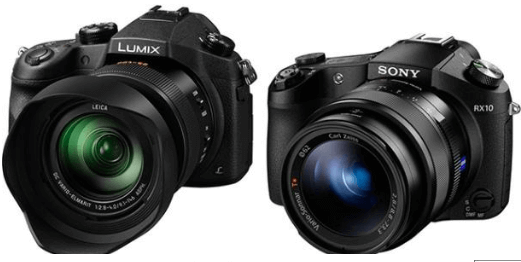 What Is the Concept of M2TS File

Many people still remain confused about MTS and M2TS file. Here we would like to explain the difference between them in some details. Firstly, the output video format by using the AVCHD camcorder is the MTS format. Yet you may find that the file extension changed to M2TS if you imported and uploaded the MTS into the computer for further editing. To put it differently, MTS is mainly used for recording video while M2TS for saving the video on a Blu-ray disc.

As a file extension, M2TS is mainly used for Blu-Ray disk, also used for containing audio, video and other streams. Based on the MPEG-2 transport stream container that generally used for HD video on Blu-ray Disc, M2TS is believed to be easily edited and then added to a Blu-Ray disk.

M2TS file also comes with large size like MTS file in this aspect. The majority of Blu-Ray disks usually encrypt the content of the disk, thus if you want to play or edit the M2TS file, you may need to make them become decrypted files.


However, there exists some programs like Picture Motion Browser that help to view these M2TS files without being decrypted. Other popular applications such as VLC, Mplayer, ALL Player or PoTPlayer also allow to play most M2TS files freely. 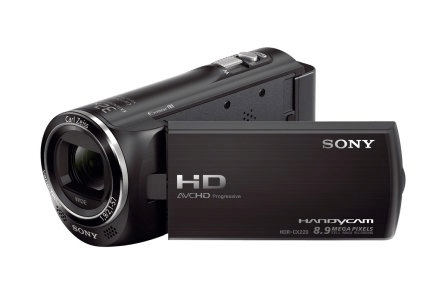 MTS VS M2TS: Differences Between MTS and M2TS

The obvious difference between MTS and M2TS is that M2TS file is commonly saved in an HD video format produced particularly for Blu-Ray, called as BDAV with H.264 and MPEG2 as the video codec.

MTS: MTS file was produced by Sony and Panasonic company devoted to offering one easy to handle recording video format for the production of the latest camcorder line of products.


M2TS: MTS file extension changes to M2TS when you transfer MTS recorded data to the computer for storing video in a Blu-ray disc. 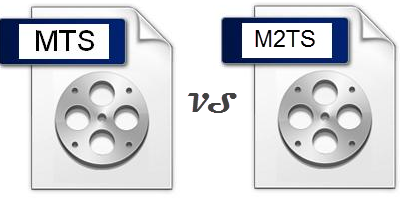 # (2) Main Differences Between MTS and M2TS

MTS was specially designed to be the recording video format from Sony and Panasonic camcorders, while M2TS became recognized universally as the best solution available so far to save videos on a Blu-Ray disk.

MTS file as one recording video format could be easily copied to any kinds of the video file without any difficulty. While you can't copy the M2TS file to your computer directly since that M2TS file usually saved important video data and is copy-protected.

There are a wide variety of devices supporting playback of M2TS files like Sony PlayStation 3s (PS3), Sony Bravia TVs, Western Digital WDTVs and so on. Both MTS and M2TS files could be played by Windows Media Player, VLC, 5KPlayer, and Final Cut Pro.


All in all, MTS file is created by using a camcorder to record a video. And when you upload or transfer the MTS file to your hard drive, it would automatically change to M2TS file for saving video data on a Blu-Ray disk.