How to Use VideoSolo Blu-ray Copy

VideoSolo Blu-ray Copy is one of the most convenient Blu-ray copy software for Windows, which can help you back up your precious Blu-ray collection to a blank Blu-ray disc, Blu-ray folder or Blu-ray ISO. The intuitive and simple interface makes it easy for every new beginner to use. With just a few clicks, you can get the high-quality Blu-ray copies.


If you think VideoSolo Blu-ray Copy is good enough, you can purchase the full version which has a number of benefits over the trial version. Some of the major benefits of the paid version include:

You can go to our Store or directly click the "Purchase" button to buy the full version of the product. The registration code will be sent to you within a few minutes. Then, enter the email address and registration code you received to register this program. 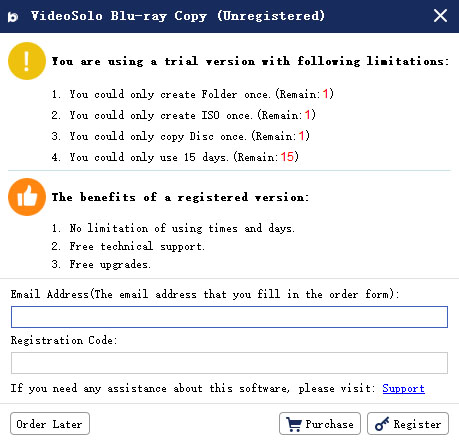 If you have equipped your computer with two Blu-ray drives, the steps are relatively straightforward.


However, most people don't have two Blu-ray drives. Then it will need some extra steps. Please follow the below steps to copy Blu-ray disc to a blank Blu-ray disc.

Insert the source Blu-ray disc that you want to make a copy into the Blu-ray drive that attached with your computer. 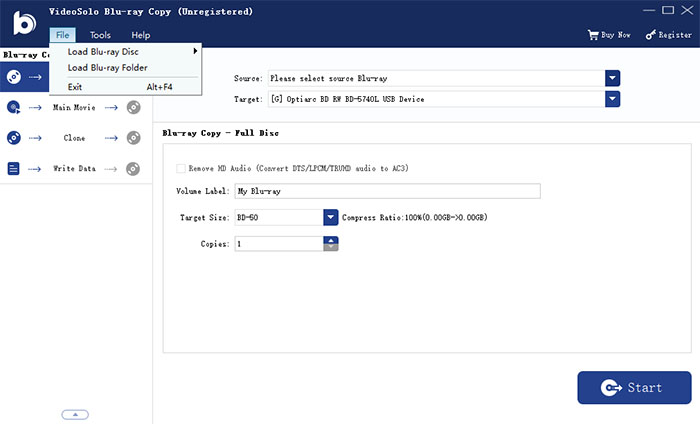 Choose a Blu-ray copy mode from "Full Disc" and "Main Movie". For example, if you want to copy the full Blu-ray disc to a blank BD-25 disc, you can select "Full Disc" mode and change the target size to "BD-25". After that, select the target as "Save as BD Folder". 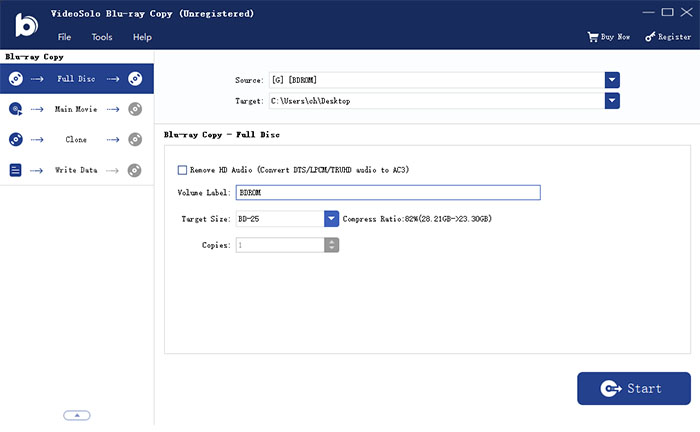 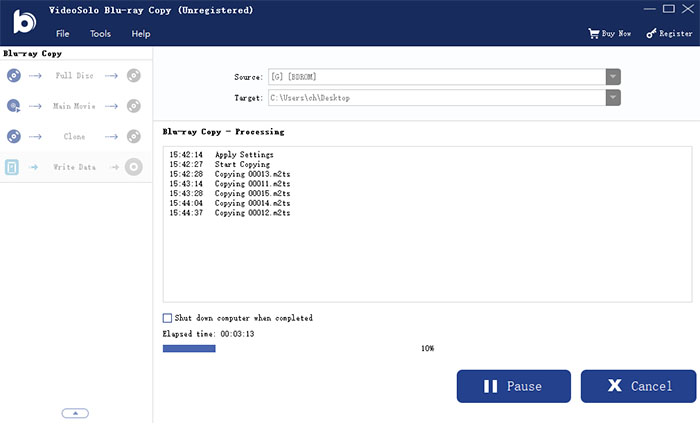 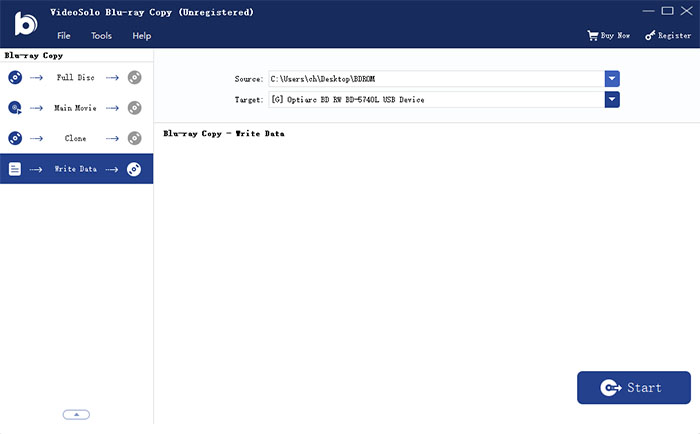 Click on the "Start" button to burn the Blu-ray folder to the blank Blu-ray disc. Now you have successfully copied a Blu-ray disc to another Blu-ray disc.

Step 1. Connect the Drive with Computer

Click on "Next". Select the BD folder or ISO as the target and click on the "Start" button to copy Blu-ray disc to Blu-ray folder or Blu-ray ISO file. After done, the folder or ISO will be stored on your local hard drive.

Place a blank Blu-ray disc into the Blu-ray drive that has connected with the computer. 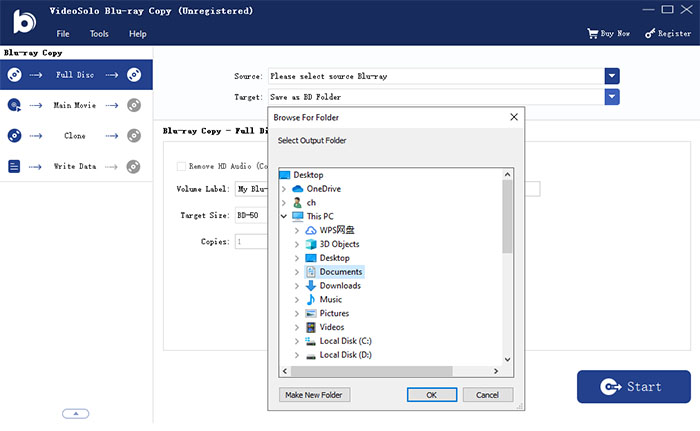 In the "Target" tab, select the Blu-ray drive with the blank Blu-ray disc.