Mac users who prefer physical media might be often play the DVD, Blu-ray movie disc on their MacBook Pro, MacBook Air, etc. It's easy to open DVD disc on Mac as long as you have a DVD drive. But things will different if you want to play Blu-ray disc on MacBook Pro/MacBook Air, as Mac doesn't have the permission to decode the Blu-ray disc.

Usually, the build-in drive that comes with a computer can only read DVD. IN ADDITION, now most of the MacBook Pro/MacBook Air are not equipped with a drive.

To sum up, a Blu-ray drive and a Blu-ray player software for Mac is needed for watching Blu-ray Movie on MacBook Pro. Next, we will introduce you the easiest way to play Blu-ray movie disc on MacBook Pro.

（1） VLC is the first option that comes into my mind. And we also wrote how to play Blu-ray with VLC before. But, the process is complex for some user.


（2） VideoSolo Blu-ray Player is high recommended here, since it's more professional than VLC. It can not only play Blu-ray disc, Blu-ray folder, Blu-ray ISO files on your MacBook Pro directly but also can be used as a Mac video player for playing common SD/HD/DVD videos on MacBook. By using this Blu-ray player, you can get a lossless sound effect as well as HD image quality. VideoSolo Blu-ray Player is compatible with any Mac computer including MacBook Pro, MacBook Air, Mac mini, and iMac.

# Step 1. Connect the BD drive to your MacBook Pro

Prepare a Blu-ray drive and connect the BD drive to your MacBook Pro with the USB cable. Then, insert your Blu-ray movie disc into the drive.

Note: Make sure you are connected with Internet well.

Launch the VideoSolo Blu-ray Player and then click on the "Open Disc" button on the main interface to load the Blu-ray on your MacBook Pro. 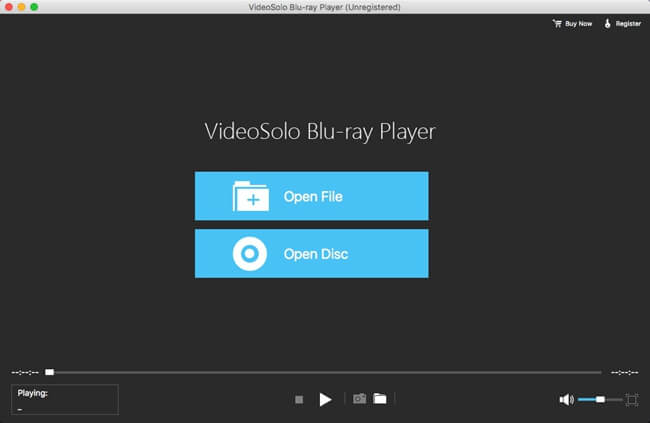 Wait a second, the main menu will pop out. Here, you can choose the chapter, audio tracks and subtitles you like. If is not necessary, you can directly click "Play Movie" button to watch the Blu-ray movie directly. 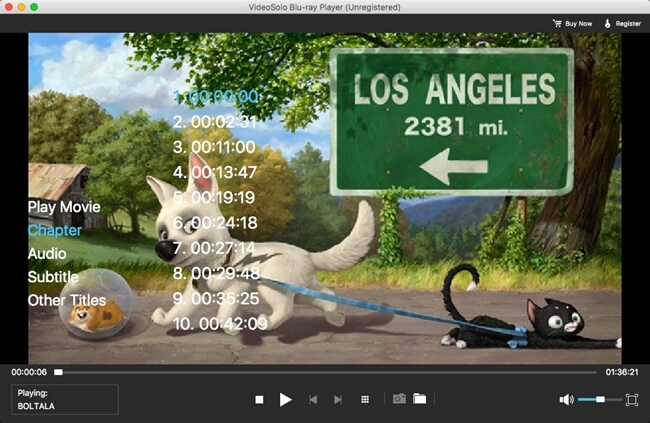 To get the Blu-ray playback on MacBook Pro, a Blu-ray Drive is necessary. There are amount of Blu-ray drive available on current market. And they'll works with the Mac computer without any problem. If you don't know how to choose a good Blu-ray drive for Mac, you can check the recommendation below and take them in consideration.

• Compatible with both Windows and Mac computers.

• Can read and write quad, triple and dual-layer Blu-ray discs.

• Can write and read a wide range of disc types including Blu-ray, DVD and CD.

• Compatible with both PC and Mac.

• Compatible with BDXL format and can burn and read CDs, DVDs, and Blu-ray discs.

• Supports all the popular operating systems.